After leaving the Scandinavian town of Poulsbo, we headed north, crossing the Hood Canal Bridge. We drove through Beaver Valley, a farming area, and into the Victorian town of Port Townsend, Washington. 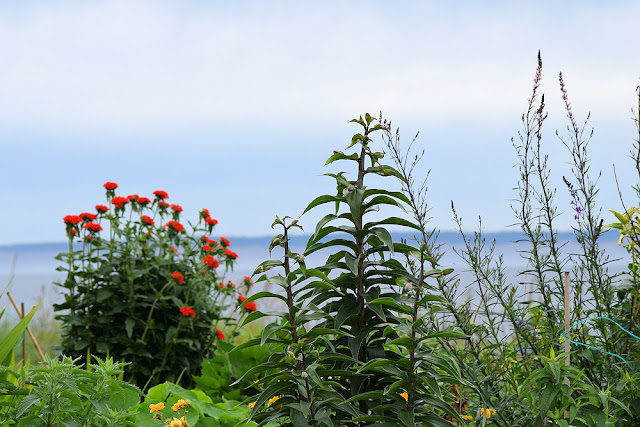 In addition to its natural scenery at the northeast tip of the Olympic Peninsula, the Port Townsend is also known for the many Victorian buildings remaining from its late 19th century heyday, numerous annual cultural events, and as a maritime center for independent boatbuilders and related industries and crafts. The Port Townsend Historic District is a U.S. National Historic Landmark District.

Port Townsend is also called the "City of Dreams" because of the early speculation that the city would be the largest harbor on the west coast of the United States.

Port Townsend is noted for its Victorian houses and significant historical buildings. The city has more than a dozen large, well-preserved buildings, including the Port Townsend Public Library (a 1913 Carnegie Library), the Federal Building (now commonly known as the city's post office), the Rose Theatre, and the Elks Lodge, which now houses Silverwater Cafe. Fort Worden, now a state park, has retained some of its pre-World War I architecture built when it was a military facility. Buildings have been adapted for other uses, including the publicly available Olympic Youth Hostel, which closed in 2011. The Jefferson County Courthouse is in a Romanesque architectural style, as popularized by Henry Hobson Richardson, with a 125-foot bell tower.

By the late 19th century, Port Townsend was a well-known seaport, very active and banking on the future. Many homes and buildings were built during that time, with most of the architecture ornate Victorian. During this period, in 1888, the Port Townsend Police Department was established.

Supposedly, the best fish and chips in Port Townsend are at Sea J's Cafe.  We made our way there to enjoy a delicious lunch!  Sea J's is located in an unappetizing looking building sitting on the edge of Port Townsend Bay, however, the food is well worth the wait to get a table.