Our next big adventure landed us in the beautiful state of Washington with our first stop being Seattle.

Seattle, a city on Puget Sound in the Pacific Northwest, is surrounded by water, mountains and evergreen forests, and contains thousands of acres of parkland. Washington State’s largest city, it’s home to a large tech industry, with Microsoft and Amazon headquartered in its metropolitan area. The futuristic Space Needle, a 1962 World’s Fair legacy, is its most iconic landmark.

Kerry Park is a 1.26-acre park on the south slope of Queen Anne Hill in Seattle, located at the corner of Second Avenue West and West Highland Drive.  The park offers the best view of the city. According to a plaque on a wall in the park, "Kerry Park was given to the City in 1927 by Mr. and Mrs. Albert Sperry Kerry, Sr., so that all who stop here may enjoy this view." That view encompasses downtown Seattle, Elliott Bay, the West Seattle peninsula, Bainbridge Island, and Mount Rainier. 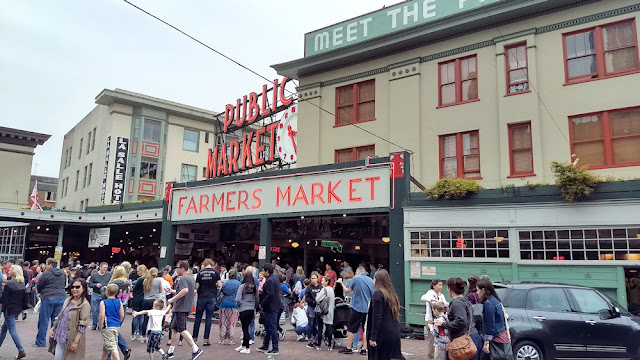 Pike Place Market is a public market overlooking the Elliott Bay waterfront in Seattle. The Market opened August 17, 1907, and is one of the oldest continuously operated public farmers' markets in the United States. It is a place of business for many small farmers, craftspeople and merchants. Named after the central street, Pike Place runs northwest from Union Street to Virginia Street. With more than 10 million visitors annually, Pike Place Market is Seattle's most popular tourist destination and is the 33rd most visited tourist attraction in the world.


The Market is built on the edge of a steep hill, and consists of several lower levels located below the main level. Each features a variety of unique shops such as antique dealers, comic book and collectible shops, small family-owned restaurants, and one of the oldest head shops in Seattle. The upper street level contains fishmongers, fresh produce stands and craft stalls operating in the covered arcades. Local farmers and craftspeople sell year-round in the arcades from tables they rent from the Market on a daily basis, in accordance with the Market's mission and founding goal: allowing consumers to "Meet the Producer".


Pike Place Market is home to nearly 500 residents who live in 8 different buildings throughout the Market. Most of these buildings have been low income housing in the past; however, some of them no longer are, such as the Livingston Baker apartments. The Market is run by the quasi-government Pike Place Market Preservation and Development Authority (PDA). 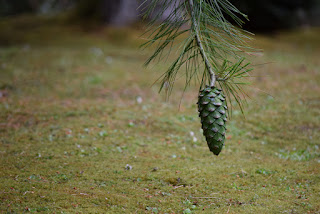 The Center for Wooden Boats is a museum dedicated to preserving and documenting the maritime history of the Pacific Northwest area of the United States. CWB was founded by Dick Wagner in Seattle in the 1970s and has grown to include three sites; the South Lake Union campus in Lake Union Park, the Northlake Workshop & Warehouse at the North end of Lake Union, and The Center for Wooden Boats at Cama Beach State Park on Camano Island.


The CWB collection includes more than 170 vessels, mostly small sailboats and rowboats. The boats are divided into a number of sections. 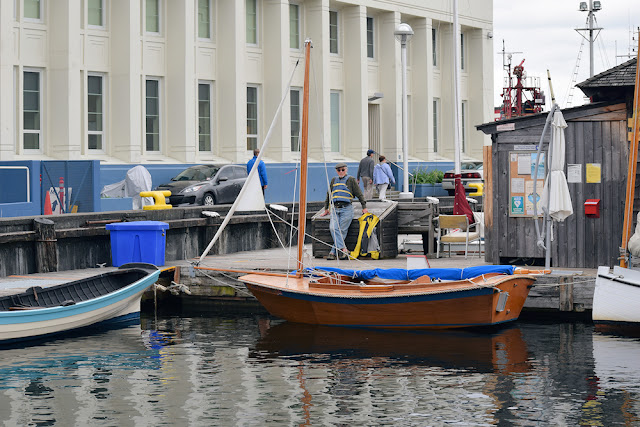 The livery fleet includes daysailers, rowboats, and two pedal boats. The 20-foot(6.1 m) Blanchard Junior Knockabout is the mainstay of CWB's rental fleet. These boats were designed and built at the Blanchard Boat Company on Lake Union. They have eight, which are used for teaching and rentals. 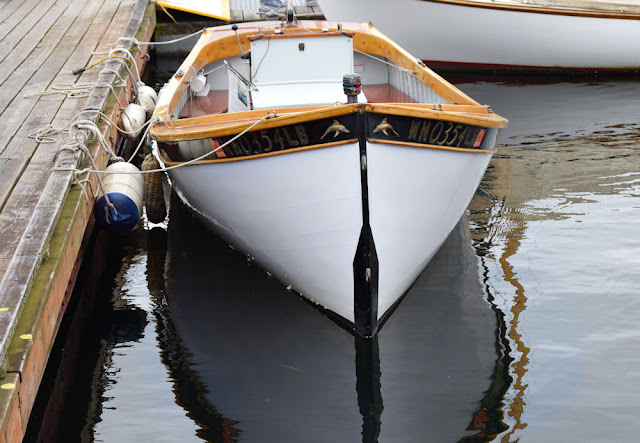 We took the ferry from Seattle to Bremerton to continue our tour and make our way to Olympic National Park. At the end of our trip we returned to Seattle to catch our flight. Instead of taking the ferry, again, we decided to drive over the Tacoma Narrows Bridge which has an interesting history.

The Tacoma Narrows Bridge is a suspension bridge in Washington that spans the Tacoma Narrows strait of Puget Sound between Tacoma and the Kitsap Peninsula. In 1940, this bridge, referred to as Galloping Gertie, began shaking and twisting violently due to high winds.  It eventually collapsed and was rebuilt.  Before its collapse, the bridge was the third-longest suspension bridge in the world in terms of main span length, behind the Golden Gate Bridge and the George Washington Bridge.  We traveled on this bridge making our way back to Seattle to catch our flight.