After leaving Yaquina Head Light House we headed back north to the small town of Depoe Bay to explore and, hopefully, catch a glimpse of a gray whale from the OPRD Whale Watching Center.


As we were driving up Highway 101 a large golden eagle flew over our car and landed in a nearby tree.  We pulled off the road, parked, and walked a few feet along a trail to catch a better glance at this magnificent creature! 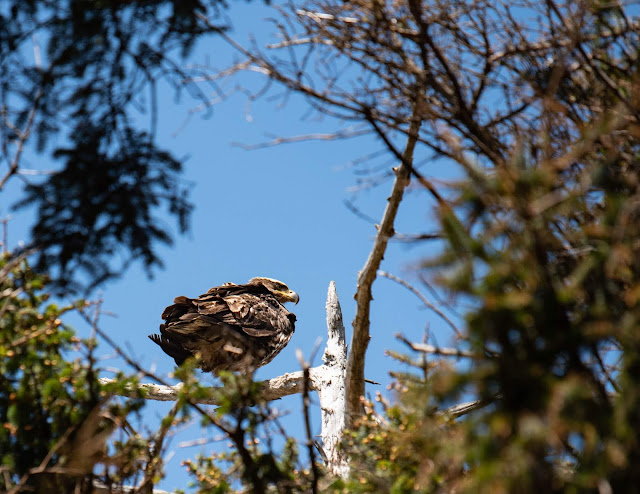 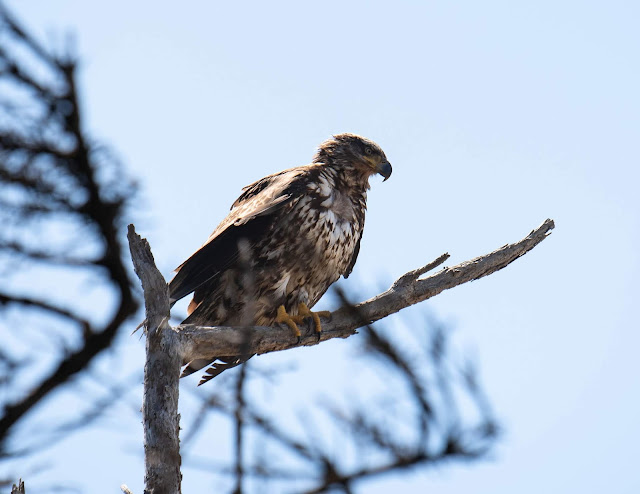 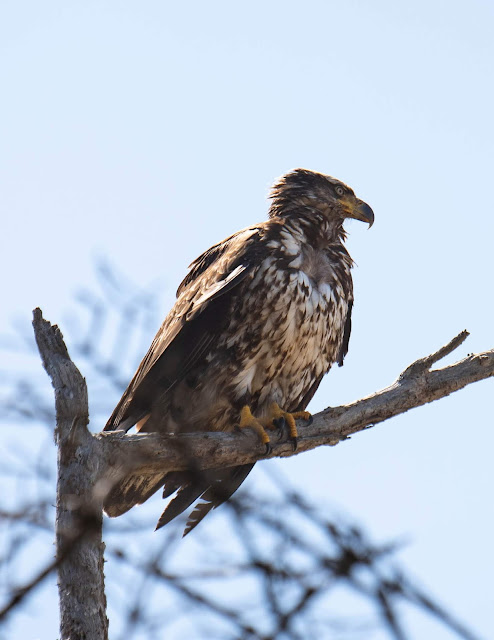 Once the eagle flew away we headed into Depoe Bay, parked, and spent a few minutes visiting with the nice volunteers at the OPRD Whale Watching Center.

Whale watching is a year-round activity on the Oregon Coast with gray whales by far the most commonly seen. Gray whales migrate South from their feeding grounds in the Bering and Chukchi seas around Alaska from mid-December through January. They are heading to their breeding grounds in Baja California, Mexico, where warm-water lagoons become nurseries for expectant mothers. Then from late March to June the whales migrate North back to Alaska. On each trip, approximately 18,000 gray whales pass close to the Oregon Coast. We followed the volunteers instructions to scan the horizon for spray from the whales blowing but didn't see a thing.  We also watched a whale watching charter boat bounce around in the turbulent sea only to give up and then attempt to reenter what Depoe Bay claims is the smallest natural harbor.

Fifteen miles from the world’s shortest river, along the Oregon Coast, lies the world’s smallest natural navigable harbor.  And it used to be even smaller. Until it was expanded 45 years ago, its rocky, twisting entrance was just 30 feet wide, and at low tides the fishing boats at the docks tipped over and lay on their sides in just a few inches of water and mud.

All this whale watching made us hungry so we headed across the street from the Whale Watching Center to the Horn Public House and Brewery for a delicious lunch of fish and chips and a cold pint.  This public house seems to be about three stories high and offers beautiful views of the harbor.

With bellies full we headed to our next adventure of....Cape Foul Weather.