After a good night's sleep in Rogue River, Oregon, we just couldn't leave the area without visiting a what some may consider a tourist trap....The Oregon Vortex and House of Mystery!

Prior to any construction of the area, local legend had it that Native Americans in the area referred to the site as a "forbidden" land, and travelers passing through would often find their horses refusing to go through the area.

A gold assay office was built in the area in 1904, which slid from its foundation in the early 1910, coming to rest at an odd angle. Odd angles seem to create an illusion of objects seemingly rolling uphill. The same effect can be seen in The Montana Vortex and house of mystery, Pennsylvania's Laurel Caverns, and at Santa Cruz, California's Mystery Spot.

Oregon Vortex is also famous for "height change" as the apparent relative height of two people varies, depending on where each stands. Most people believe that this effect is due to a distorted background that induces a forced perspective, as with an Ames room, but this has been ruled out by taking readings with a stick. The Oregon site also appears to exhibit phenomena similar to those perceived by visitors at the mystery spot located outside St. Ignace in the upper peninsula of Michigan. 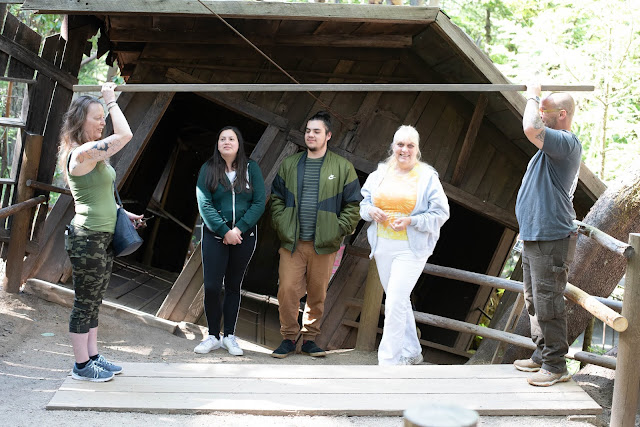 The site has been investigated and featured in several television shows such as Fact or Faked: Paranormal Files, CW's Supernatural, Sam & Max Hit the Road, The X-Files,Gravity Falls, Ghost Adventures and Mysteries at the Museum. 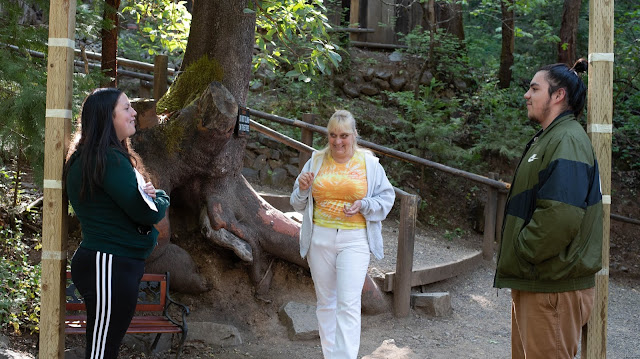 No matter what the area is, or appears to be, one thing is for certain.....its fun!  We had a great time exploring this mysterious area.  With a reservation waiting for us in Eugene, Oregon, it was time to head north on Highway but first we made a stop a the Golden Historical Site.