After leaving Reedsport, Oregon, and the Umpqua River we headed further south towards Coos Bay, Oregon.  At Coos Bay we deviated off Highway 101 to the Cape Arago Highway to see the Cape Arago Lighthouse, The Sunset Bay State Park and the Shore Acres State Park.

The Cape Arago Lighthouse has had several locations along the rocky outcropping of Gregory Point. The first was done in by erosion and the unrelenting Pacific Ocean elements.  Although higher on the island the second location succumbed to erosion as well. The third and present lighthouse stands 100 feet high and is only visible from the Oregon Coast Trail. At one time, there was a high bridge from the mainland out to the lighthouse station (to eliminate dangerous boat crossings), but was removed in 2012 to restore the natural coastline.  This lighthouse is now privately owned by the Confederated Tribes, we believe, so to get the best view of this beautiful Oregon Lighthouse, we had to drive out to Sunset Bay or Shore Acres State Parks. 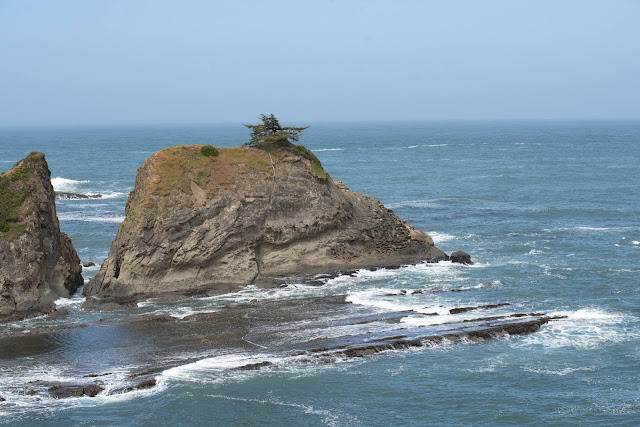 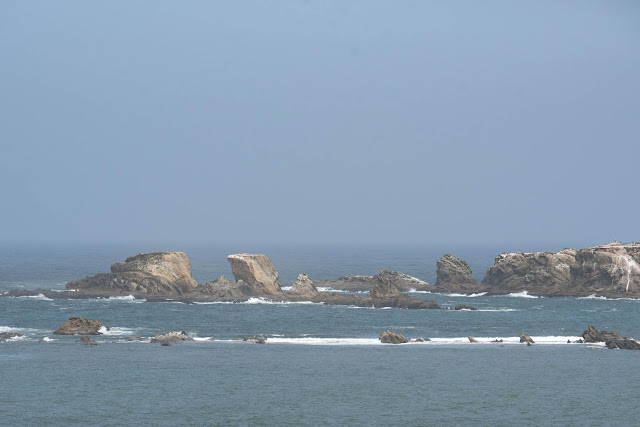 Situated in one of the most scenic areas on the Oregon coast, Sunset Bay State Park features beautiful sandy beaches protected by towering sea cliffs. A network of hiking trails connects Sunset Bay with nearby Shore Acres and Cape Arago State Parks. Hiking these trails will give you a chance to experience pristine coastal forests, seasonal wildflowers and spectacular ocean vistas from atop the rugged cliffs and headlands.


Shore Acres Park is located on the Cape Arago Highway, 13 miles southwest of Coos Bay/North Bend and U.S. Highway 101.  Perched on rugged sandstone cliffs high above the ocean, Shore Acres State Park is an exciting and unexpected combination of beautiful natural and constructed features. Once the grand estate of pioneer timber baron Louis Simpson, Shore Acres features lushly planted gardens with plants and flowers from all over the world. We strolled along a trail that hugged the cliff's edge to see spectacular ocean vistas with waves crashing against strange looking rock formations.  We could see evidence, in the form of tennis courts, of the Simpson's vanished mansion. 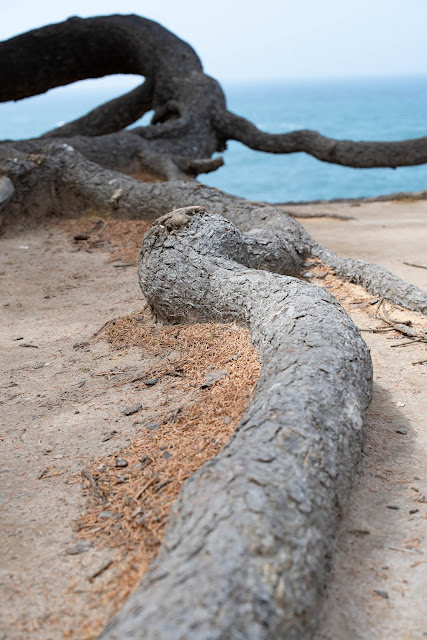 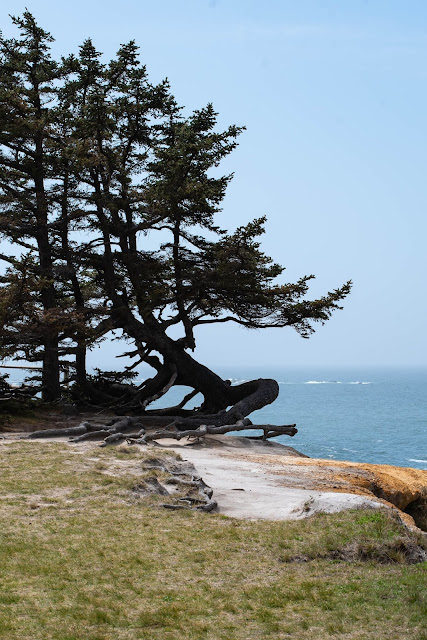 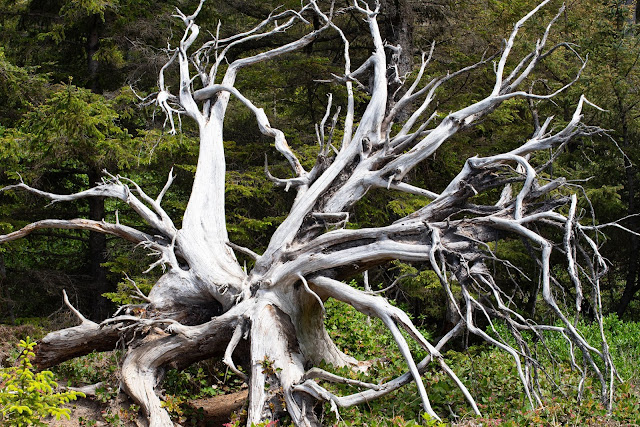 After a short hike we were ready to find our way back to Highway 101 and continue south on the Oregon Coast towards Bandon, Oregon.