After a good night's sleep at the Hallmark in Newport, Oregon, we decided to kick off our day with a stop at the Yaquina Head Lighthouse.

Yaquina Head Lighthouse
The 93 foot tower is located on a narrow point of land jutting due west nearly 1 mile into the Pacific Ocean north of Newport, at Yaquina Head Outstanding Natural Area.

Winds and rain have buffeted this lighthouse since its beginning in 1872. It took approximately one year, and over 370,000 bricks to construct Oregon’s tallest lighthouse.
The light has been active since Head Keeper Fayette Crosby walked up the 114 steps, to light the wicks on the evening of August 20, 1873. At that time the oil burning fixed white light was displayed from sunset to sunrise. Today, the fully automated first order Fresnel lens runs on commercial power and flashes its unique pattern of 2 seconds on, 2 seconds off, 2 seconds on, 14 seconds off, 24 hours a day. The oil burning wicks have been replaced with a 1000 watt globe. 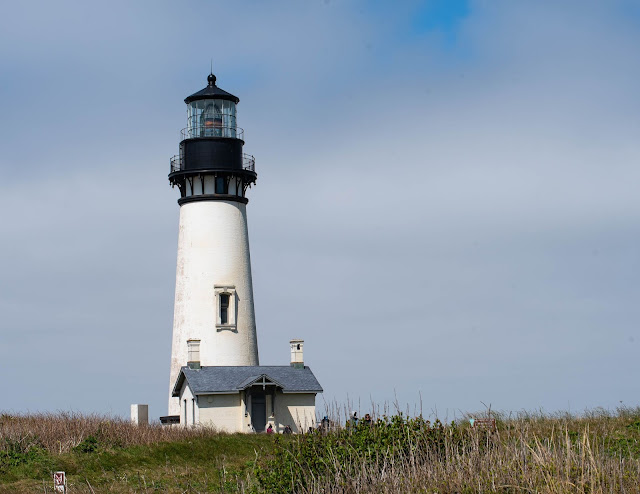 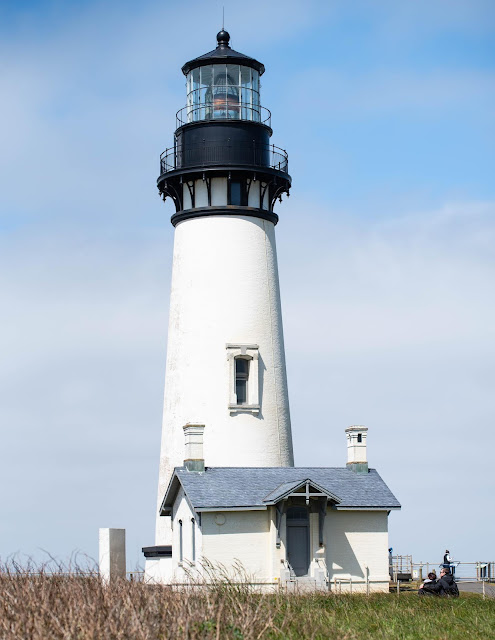 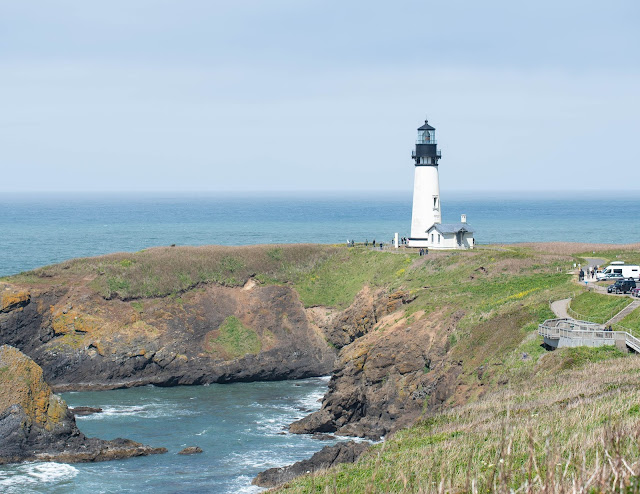 It is believed to be the oldest structure in Newport. It is also the only existing Oregon lighthouse with the living quarters attached, and the only historic wooden Oregon lighthouse still standing. The Yaquina Bay Lighthouse is listed in the National Register of Historic Places.  Although all information about this lighthouse suggested it had been restored and was open to the public we found the lighthouse windows boarded up so we did not attempt to enter.


The structure is accessible via paved trails and a walkway that leads to the top of the hill within the Yaquina Bay State Park, at the north end of Yaquina Bay. Access-compromised visitor groups are encouraged to use the large parking lot at the back of the lighthouse (entrance at SW Government and 9th Streets).
The next stop on our Oregon Coast tour had us at Depoe Bay!