After a great night's sleep in Dillsboro, North Carolina, we headed into the Great Smoky Mountains by way of the Newfound Gap Road.  The day was cold, cloudy, and misting so we stayed in the car as much as possible.  Our first top was the Oconaluftee Visitors Center. 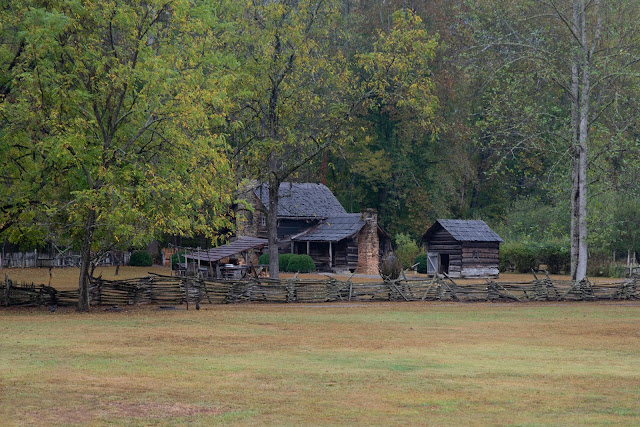 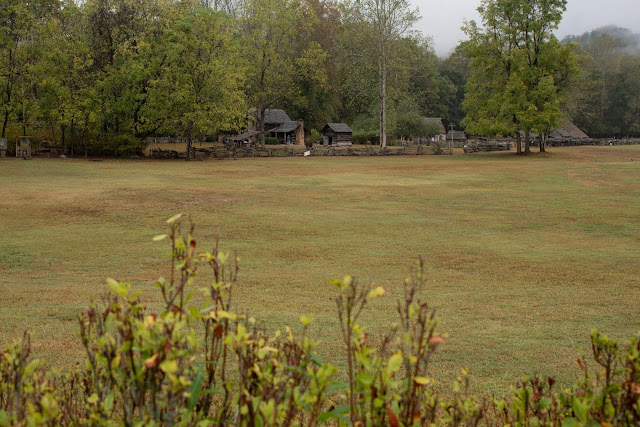 The Mountain Farm Museum and Oconaluftee Visitor Center are located at the entrance to the Great Smoky Mountains National Park on U.S. Highway 441 / Newfound Gap Road near Cherokee, North Carolina. 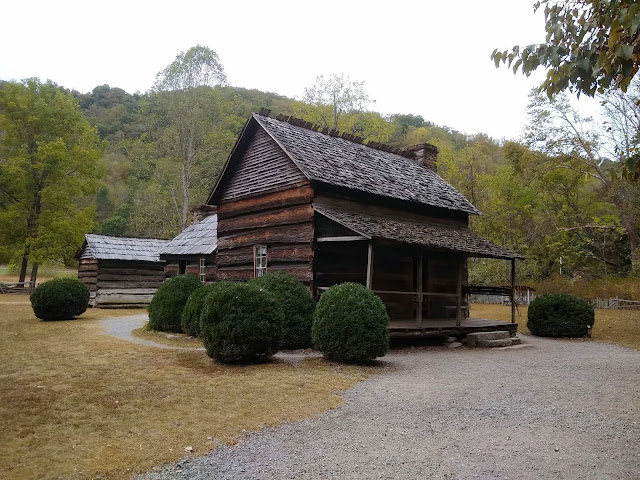 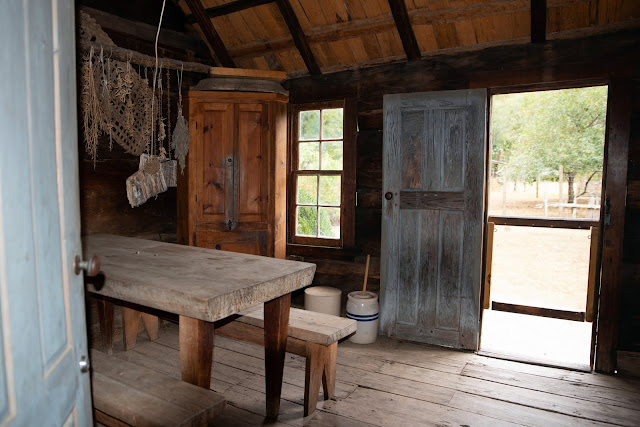 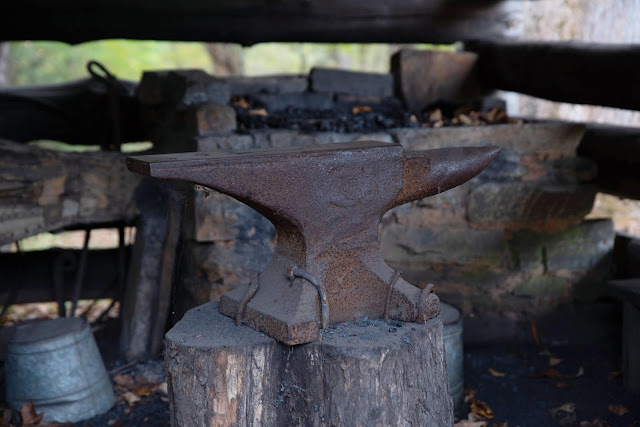 The Mountain Farm Museum includes farm buildings, most dating around 1900, that were moved from their original locations throughout the Great Smoky Mountain National Park to create an open-air museum. Visitors can explore a log farmhouse, barn, apple house, springhouse and a working blacksmith shop to get a sense of how families may have lived 100 years ago. It's a beautiful setting for a stroll. 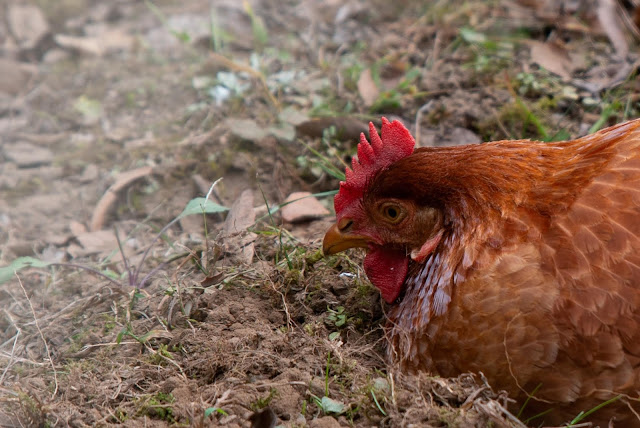 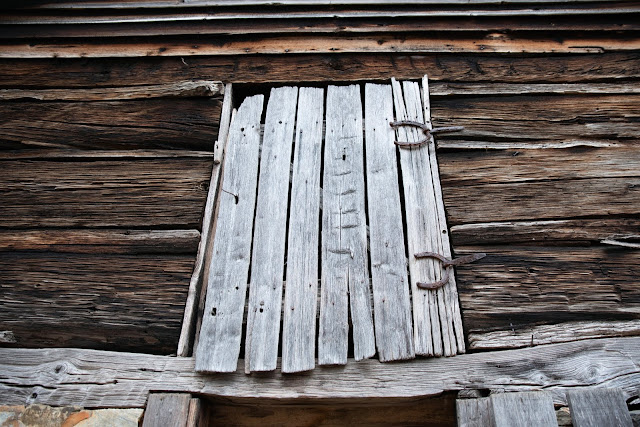 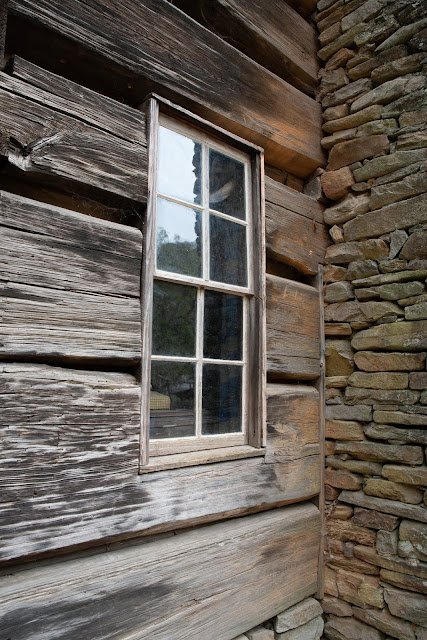 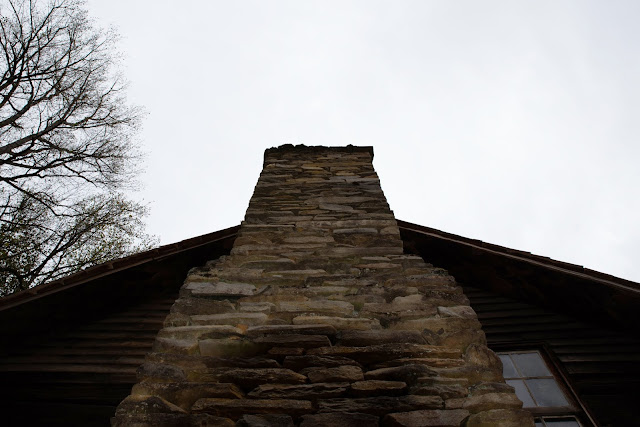 Most of the structures were built in the late 19th-century and were moved here in the 1950s. The Davis House is a rare chance to view a log house built from chestnut wood before the chestnut blight decimated the American Chestnut in our forests during the 1930s and early 1940s.
About one-half mile north of the Oconaluftee Visitors Center lies the Mingus Mill, a large water-powered mill for grinding corn. 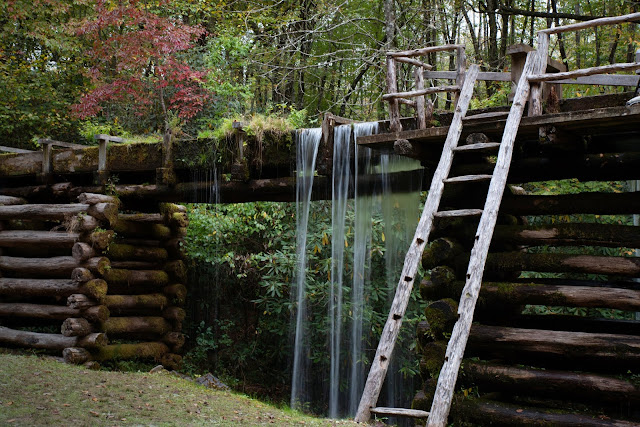 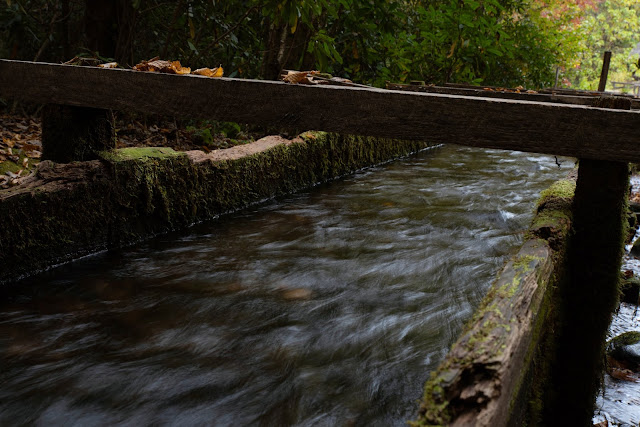 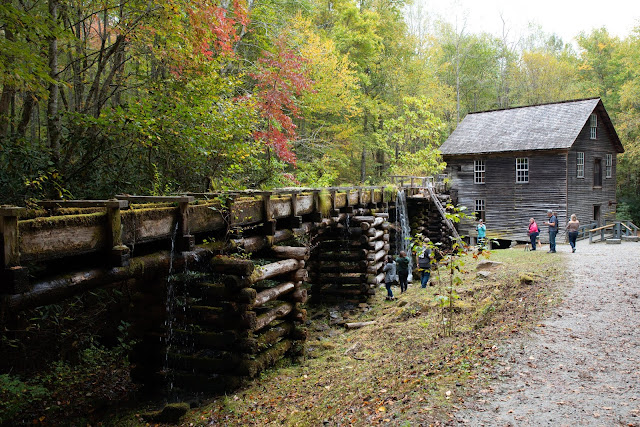 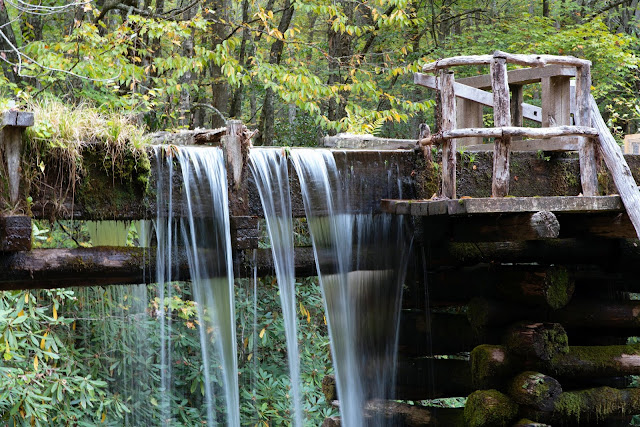 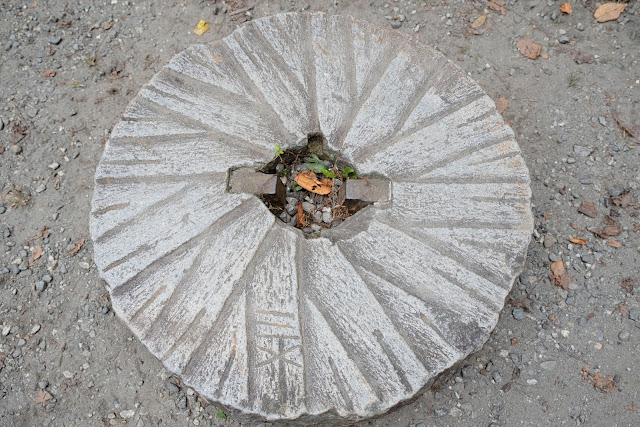 Built in 1886, this historic grist mill uses a water-powered turbine instead of a water wheel to power all of the machinery in the building.
A miller is on site to demonstrate the grinding of corn into cornmeal, which is available for purchase.
From the Mingus Mill we continued on to Clingmans Dome.  At 6,643 feet, Clingmans Dome boasts the highest point in the Great Smoky Mountains National Park. The “Dome” refers to the mountaintop, not the man-made observation tower. The Dome actually lies within both Tennessee and North Carolina and is the highest point in Tennessee. On clear days, visitors may see as far as 100 miles.  Unfortunately, the fog and wind kept us from seeing the observation tower or the dome, at all. 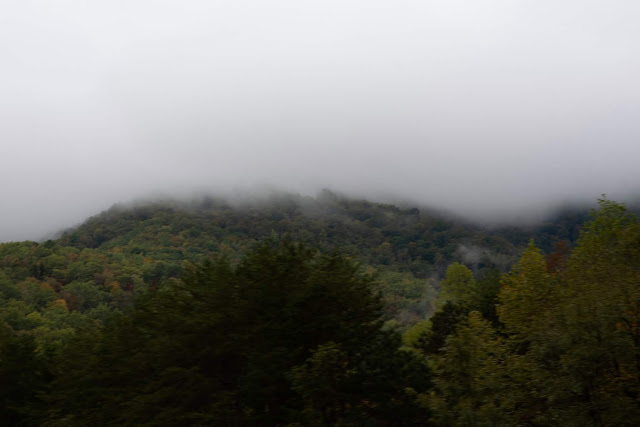 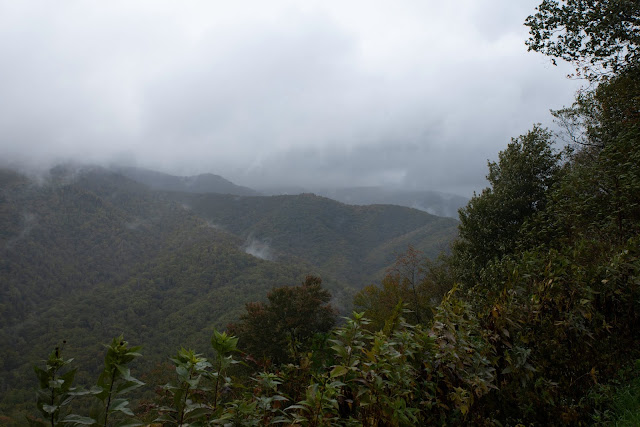 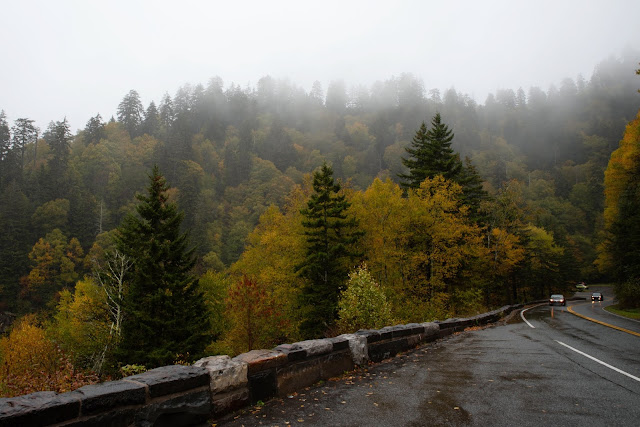 With colder temperatures and more rain/fog rolling in we decided to head into Gatlinburg, Tennessee, for lunch.  After lunch we completed a self guided tour of the Ole Smoky Moonshine Distillery but our excitement to be in Gatlinburg faded as we battled the cold wind and crowds.  We decided to leave the Gatlinburg area and head to our VRBO cabin rental in Cosby, Tennessee.  On the road to Cosby we saw a sign for Gatlinburg Arts & Crafts Community so we detoured and spent an hour roaming around the crafters' shops. 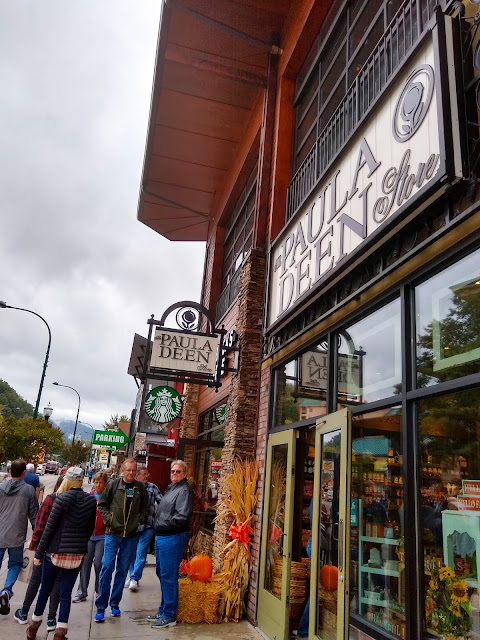 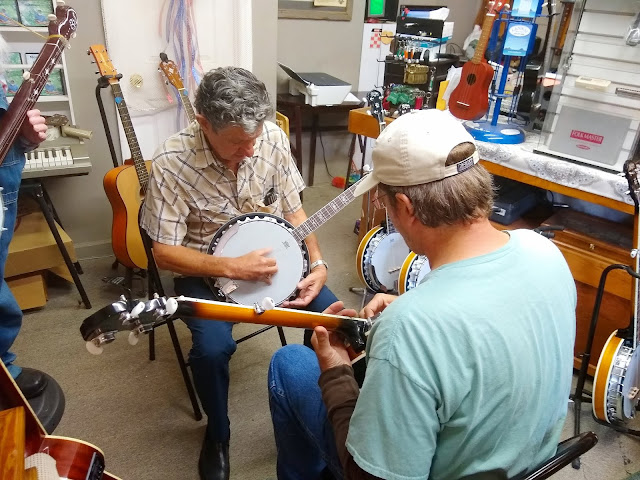 Tired from a busy day we went straight to our cabin in Cosby to get some rest before hitting the road, again, the next day!