Whether natural phenomenon or man-made oddities we love visiting the unusual an obscure.  Below are a few places we have visited in our travels that left us saying, "What the?"

Gold Camp Road, (Colorado Springs, CO)
Locals in Colorado Springs talk about the ghostly happenings inside the Gold Camp Road tunnels. Only two of the nine original tunnels are open today.  According to the most recent legend a school bus full of children were traveling through a third tunnel when it collapsed.  The driver and all the children on the bus were killed.  Today, their unquiet little spirits linger around the tunnels. People have reported everything from tiny hand prints in the dust on their cars to being scratched and groped by unseen spirits.  You can visit Atlas Obscura for more information or You Tube for ghost hunting videos.

World's Smallest City Park  (Burnet, TX)
On the corner of E. Jackson St. and S. Pierce St. lies the world's smallest city park.  Apparently, the people of Burnet are extraordinarily strong and have attempted to carry off a boulder belonging to the park.  Therefore, a sign has been erected warning not to remove the rock!

Hairy Man Road (Round Rock, TX)
According to this Texas legend, a young boy in the 1800’s became separated from a settlers’ caravan during a dark and stormy night, while the group was trying to escape the rising waters of a nearby creek.  He managed to survive on his own and became a hermit in the area. Not being civilized, he avoided contact with people and terrorized anyone who dared entered his domain of the wooded area along what became known as Brushy Creek.

The Beer Can House (Houston, TX)


“Some people say this is sculpture but I didn't go to no expensive school to get these crazy notions.”

Cadillac Ranch (Amarillo, TX)
Standing along Route 66 west of Amarillo, Texas, Cadillac Ranch was invented and built by a group of art-hippies imported from San Francisco. They called themselves The Ant Farm, and their silent partner was Amarillo billionaire Stanley Marsh 3.

The Aurora Alien Crash Site (Aurora, TX)
In an April 19 story published by The Dallas Times Herald, reporter E.E. Hayden wrote of a strange airship that was seen flying over town early that morning, just before it crashed on the property of Judge J.S. Proctor. The unidentified craft "went to pieces with a terrific explosion," destroying Proctor's windmill and, tragically, his flower garden. 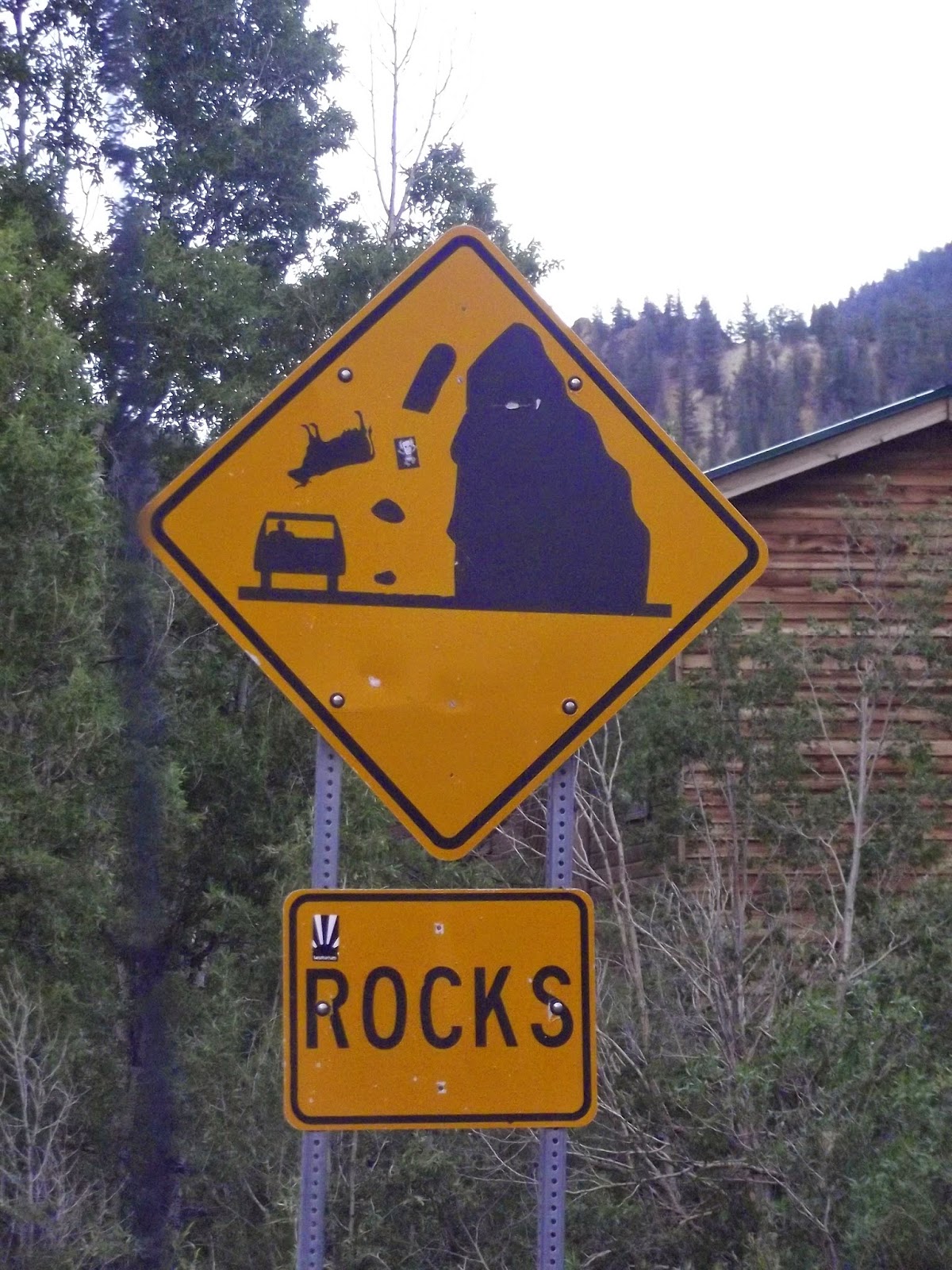 Here's Your Sign (Red River, NM)
Apparently in the city of Red River, New Mexico, rocks and cows slide off the mountain and onto your car.  Beware!